Privacy-focused Brave browser seems to be making huge strides in Spain, where it is currently ranking 10th in the communications category on Google Play Store. The ranking prioritizes engagement over the number of downloads, which shows that the browser has been increasing in popularity in Europe.

While data from the Brave analytics website BATGrowth doesn’t break down the popularity of Brave by country, Google Play rankings show that the browser has become increasingly popular in Europe.

According to a Reddit post, Brave has moved from the 26th spot on the Google Play Store in Spain and is currently the 10th most popular app on the platform.

Brave also ranks number two in Japan in the communications category on Google Play store, ahead of Yahoo Mail, Facebook messenger, and Skype.

The browser took over Mozilla Firefox and is preceded by messaging apps such as WhatsApp, Telegram, Facebook Messenger, and Discord. 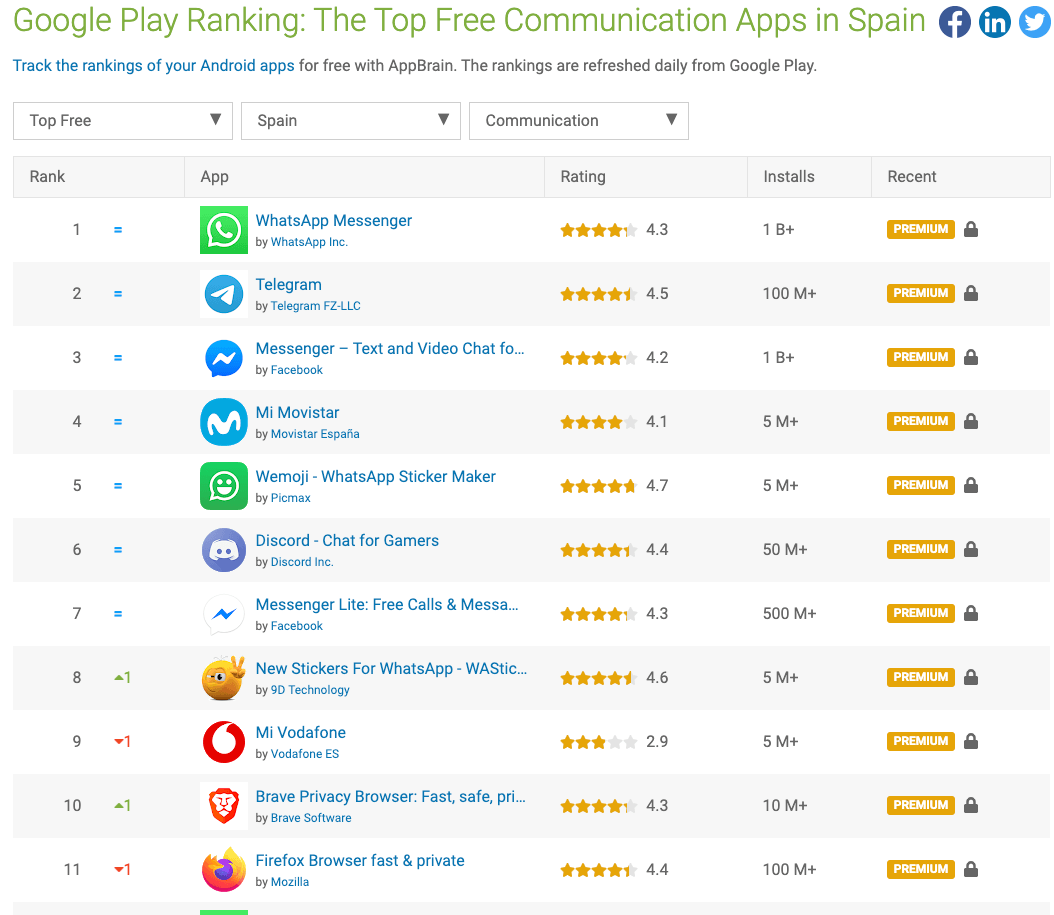 The user that shared the stats, going by the username Wega58, said that information on the desktop version of Brave was much harder to track, but he assumed it mirrored the popularity of its Android app.

However, many Reddit users contested the post, saying that the amount of attention Brave got on the Google Play Store doesn’t automatically mean a better Brave ecosystem. Some even said that it doesn’t measure real usage, as the ranking doesn’t take into consideration the number of downloads an app has.

While it is true that the number of downloads an app gets is not the single most important factor in app ranking, it does contribute to its ranking. Earlier this year, Paul Bankhead, the director of product management at Google Play, said that what makes or breaks an app ranking is engagement and app quality. he said in a blog post:

“Apps and games that have high retention rates, low crash rates, low uninstalls, and many other factors, are recommended more often.”

Therefore, while Brave’s jump on the Google Play Store doesn’t automatically mean it will overtake the much larger and older Mozilla, it shows that the app has shown consistent quality and was frequently used.

This is positive news for Brave, which has seen its popularity skyrocket this year. The company’s research and development team have introduced several new features, including tipping users on Reddit, Twitter, and Vimeo, and currently has just under 300,000 verified publishers on its platform.